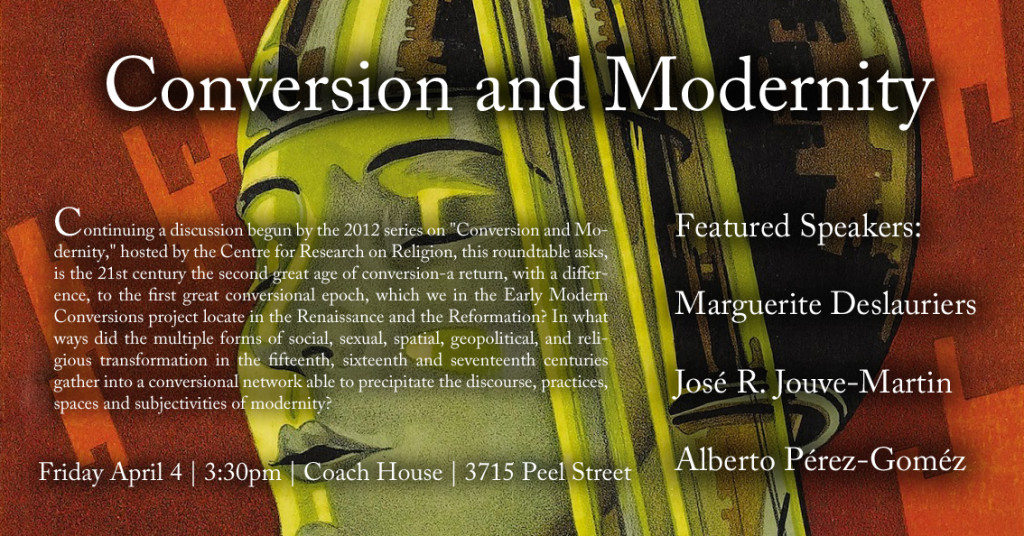 Continuing a discussion begun by the 2012 series on “Conversion and Modernity,” hosted by the Centre for Research on Religion, this roundtable asks, is the 21st century the second great age of conversion-a return, with a difference, to the first great conversional epoch, which we in the Early Modern Conversions project locate in the Renaissance and the Reformation? In what ways did the multiple forms of social, sexual, spatial, geopolitical, and religious transformation in the fifteenth, sixteenth and seventeenth centuries gather into a conversional network able to precipitate the discourse, practices, spaces and subjectivities of modernity?