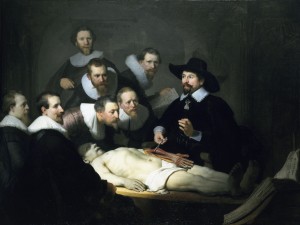 The early modern period in which Shakespeare lived and worked was an era of conversions, and no playwright was then, or is now, more adaptable and powerfully conversional than Shakespeare himself. In this course, we examine how Shakespeare engages with the aesthetic, social, political, and confessional conversions of his world. From internal and personal conversions of faith (e.g., Catholicism to Protestantism), to political conversions in a quickly-changing society (shifting from feudalism to capitalism), to conversions of ancient artistic forms (myth, tragedy, epic, etc.) into newly conceived forms (e.g., Elizabethan Romance), Shakespeare’s world was—and consequently his works are—full of change, evolution, and conversions. We will investigate what constitutes a conversion and what happens when individuals fail to convert in Shakespeare’s plays. We will study Shakespeare’s plays and narrative poems first in their historical and cultural contexts, and more broadly, we will consider how modern performances of his art, on film, stage, and even in the classroom, offer living opportunities for new forms of conversion.

The course aims to give students a grasp of the range and depth of Shakespeare’s oeuvre. To this end, we will begin with Shakespeare’s two Ovidian epyllia, Venus and Adonis and The Rape of Lucrece, considering early modern conceptions of the conversional powers of poetry and language before turning to examine six plays, organized into three units—Ovidian, Political, and Religious Conversions—in the genres of comedy, tragedy, history, and romance from the very start through to the end of Shakespeare’s career: Titus Andronicus, A Midsummer Night’s Dream, The First Part of Henry IV, Anthony and Cleopatra, Hamlet, and The Tempest.

Ben Jonson’s play Bartholomew Fair ends with the conversion of a puritan into a playgoer. “Be converted, I pray you,” says the puppet-master Leatherhead to “Rabbi” Zeal-of-the-Land Busy, “and let the play go on.” “Let it go on,” says Busy, “for I am changed, and will become a beholder with you.” In this course, we study theatre and conversion in early modern England. A conversion is a “turning in position, direction, destination” (Oxford English Dictionary) within a field of possibilities that reconstitutes the field itself. Religious conversion is one kind within a field of interrelated forms that includes geopolitical reorientation, material transformation, commercial exchange, literary translation, class and sex change, and human-animal metamorphosis. We ask, how did the forms of conversion translate the horizon lines of knowledge and experience for early modernity, what were the lines of connection among the different forms, and how did theatre integrate, critique, and enable forms of conversion for its playgoers? We study plays by Christopher Marlowe, Shakespeare, Ben Jonson, and Thomas Middleton; related texts about conversion such as those by Augustine, Ovid, and others; and work on the history and theory of conversion. Click to download the syllabus.

Early modern art criticism conveys a fascination with the moving image—an artwork so strikingly lifelike that it appears to come alive. The force of the moving image is physical, immediate, and emotive. Such works consume their beholders, deploying stunning visual effects that move and even change their human interlocutors. In the words of one commentator, the viewer thus confronted by the incarnate artwork “becomes another person.” This type of response to images has been largely repressed from art historical discourses that focus on the distanced intellectual interpretation and contemplation of the work of art as a closed field of knowledge. Frequently dismissed as a form of ‘primitivism’, the living image is most often encountered in popular culture studies or anthropologies of the image. A reconsideration of the moving image thus has the potential to put art history in motion, animating and dynamically opening it to new objects, questions, temporalities, and methods of analysis. Engagement with the affective impact of images unsettles art historical categories of understanding, prompting us to reconsider key terms of analysis like representation, mimesis, spectatorship, meaning, and interpretation as mobile and transformative processes. In this seminar, we will thus seek to redress art historical neglect of the moving image and explore its multifaceted potentialities. If the power of such works was to transform viewers, how was the rhetorical force of the moving image mobilized to inspire or manipulate political, religious, colonial, and social actions?

A Theatre of the World: Reading London Mind-Maps from the Long 1590s
University of British Columbia, English Department
Mark Vessey

The three main texts assigned for the course (Philip Sidney’s Apology for Poetry, Ben Jonson’s Every Man In His Humour, Thomas Nashe’s The Unfortunate Traveller) are all visibly products of an “Erasmian” renaissance in English letters and at the same time place-takers in a field of conversional poetics partly plotted by Richard Helgerson in The Elizabethan Prodigals.
(further details forthcoming)

This course presents a survey of the religious thought of some of the most famous humanists of the Renaissance and traces their influence in the Protestant and Catholic Reformations. Though in the past the Renaissance was thought to be a purely secular movement, recent scholarship has all but reversed this interpretation, demonstrating that the two seemingly contradictory terms of ‘humanism’ and ‘theology’ were held closely together by Renaissance authors, chiefly by Marsilio Ficino (1433-1499 CE). The new ‘humanist theology’ (Edelheit, 2008) promoted by Ficino and others in the 15th century arose in the wake of years of religious and social reform in the church. These humanists sought to reform the Church by returning to the original philosophical and religious sources of human wisdom (i.e., Plato, Aristotle, and the original languages of the Bible) in a way that threatened to upend the ‘sacramental culture’ and hierarchy of the Church. The Renaissance emphasis on the authority of the individual, the converted ‘self’, as interpreter began to shift the way that Europeans interpreted their world or ‘social imaginary’ (Taylor, 2004). Building on current research, students will learn of the Early Modern concept of the self and the public sphere, both of which began to emerge when the Medieval hierarchical view of the Church began to recede and the ‘culture of persuasion’ (Kirby, 2008) promoted by these humanist theologians took its place. This class also functions as an introduction to the major themes of Christian doctrine with an emphasis on the specific doctrines that differentiate the Protestant and Roman Catholic branches of Christianity today.