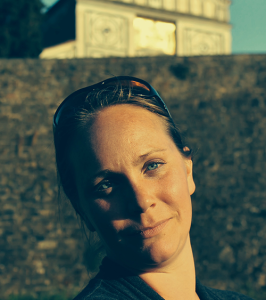 Rebecca Coughlin is a Ph.D. student at McGill University under the supervision of Prof. Torrance Kirby. Her research has developed from a focus on Dionysian Neoplatonism and theurgy to an interest in the role of pagan and Christian Neoplatonic sources in the early Renaissance, especially as seen in the work of Ambrogio Traversari and within the Camaldolese order at Sta. Maria degli Angeli in Florence. Recent publications include: “Action, Contemplation, and Prayer: Ignatius Loyola’s Spiritual Exercises mediating the Pseudo- Areopagite” in Mediating Religious Cultures in Early Modern Europe (2013), and “Space and Ritual Action: Divinization and the Construction of Sacred Place According to Dionysios Areopagites” in The Levant—Crossroads of Late Antiquity: History, Religion, and Archaeology (2013).