Skip to content
Home » Who We Are » Leadership » Marie-Claude Felton 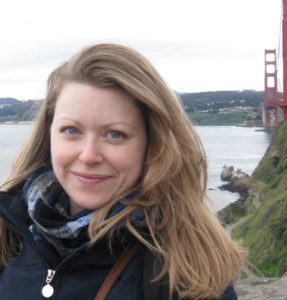 Dr. Marie-Claude Felton is a specialist in early modern European history, with a special interest in the history of the book and written communication in France and in England, the culture of scientific publishing, the history of literary copyright and authorship, and the question of cultural transfers and the transformation of professional identity.

She currently works as Research Associate and Project Manager for the Early Modern Conversions research group, and as Affiliate Member of the Department of History and Classical Studies at McGill University. She holds a B.A. from McGill University, an M.A. from Université Laval, a PhD. from Université du Québec à Montréal (UQÀM) and a Doctorate from the École des Hautes Études en Sciences Sociales (EHESS).

As Banting postdoctoral fellow at McGill University and invited scholar at the University of Oxford, she has recently started a comparative study of self-publishing in Europe in the early modern period. Dr. Felton also completed a two-year postdoctoral fellowship at Harvard University where she studied the publishing endeavors of marginal savants during the Enlightenment. Her book, based on her award-winning dissertation, is entitled Maîtres de leurs ouvrages. L’Édition à compte d’auteur à Paris au XVIIIe siècle, Préface de Roger Chartier, Oxford, Oxford University Studies in the Enlightenment, Voltaire Foundation (2014).

In this book, we see that although we are now witnessing a substantial rise in self-publishing, the practice has a long, albeit underestimated past. In the eighteenth century, when Parisian bookseller-publishers enjoyed an unrivalled monopoly over the book market, most authors had very little control over their literary ventures. In this context historians have long considered self-publishing a rare and marginal activity, even after writers were finally granted the right to sell their own books in 1777. Yet, although this practice was perilous, costly, even dangerous, autonomous publication was part of the literary career of hundreds of writers in Paris in the last decades before the Revolution. Indeed, far from being indifferent to the decrees of 1777, as it was hitherto believed, a great number of authors seized the new opportunity to publish and commercialize their works without any intermediary. The many writers who chose to publish on their own terms – and who surprisingly came from every milieu, from the elite circles to the literary underground of “Grub Street”– manifested a real desire to maintain control over the financing, material publication, textual integrity, and the commercialization of their works. By combining the contemplative nature of literary creation and the very concrete activities of publishing, advertising, and bookselling, the study argues that these writers demonstrated a tangible manifestation of the professionalization and modernization of authorship that began during the end of the Old Regime and whose effects are still with us.